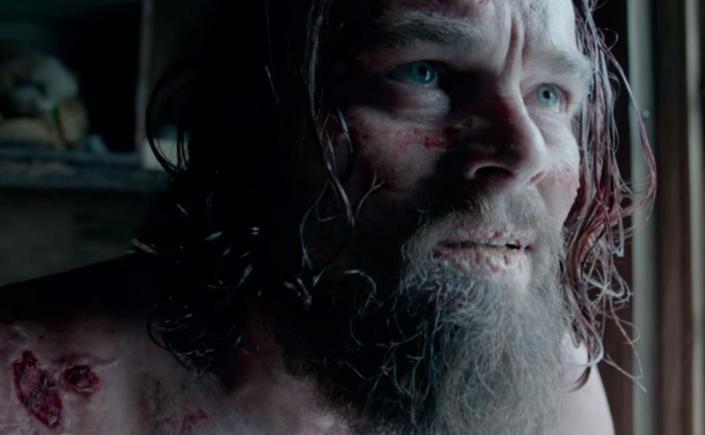 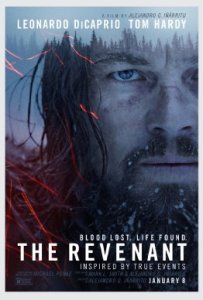 “I ain’t afraid to die anymore. I’d done it already.”

According to Merriam-Webster, a revenant is “one that returns after death or a long absence.” So, Birdman director Alejandro Iñárritu’s latest film is aptly named, as it is based upon Hugh Glass, an American folk hero known for stumbling about 200 miles after being mauled by a bear and assumed dead by his fellow travelers. Although some are sure to label the film “Oscar bait,” The Revenant is so much more than that. The film is fantastic, especially in the realms of cinematography, writing, thematic development, and Iñárritu’s direction – and all of this is before factoring in a fantastic cast, featuring an Oscar-worthy performance from Leonardo DiCaprio.

The film begins in 1823 by introducing a troop of fur trappers led by Captain Andrew Henry (Domhnall Gleeson), who are making their way through the uncharted wilderness of the Louisiana Purchase. A vicious attack from a Native American tribe results in only of handful of survivors, including the experienced hunter Hugh Glass (Leonardo DiCaprio) and his Pawnee son Hawk (Forrest Goodluck), Captain Henry, egocentric hunter John Fitzgerald (Tom Hardy), and a young man named Jim Bridger (Will Poulter). Soon after their escape, Glass is mauled to the edge of his life by a bear. Seeing no way for them to carry on with Glass in his injured state, Captain Henry assigns Hawk, Bridger, and Fitzgerald to stay behind with the man until he passes on. Shortly following this, Fitzgerald takes it upon himself to put Glass out of his misery, and when Hawk sees him attempting to do so, the ensuing struggle leads to Hawk’s murder. Fitzgerald then persuades Bridger that he’s seen hostile Native Americans, and that the two of them must leave without Glass. Soon after he’s been abandoned, Glass wakes up practically in pieces, and hungry for revenge. 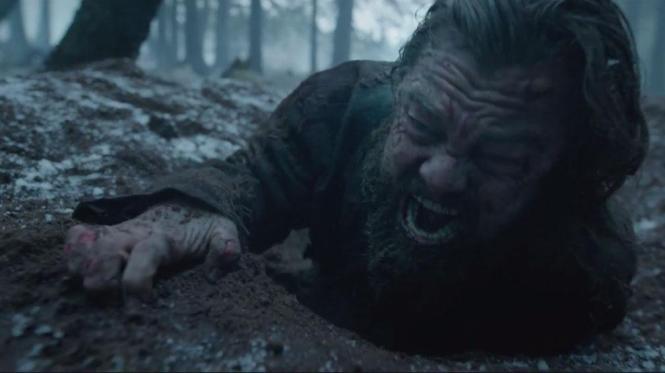 The story is built around a very strong, central character. What Iñárritu has set out to create is a tortured man who has had so much taken from him that he has literally nothing left to lose. Glass has lost his significant other, his son, and in essence, his body. What’s more is that the film actually shows Glass’ transition to this state. DiCaprio initially plays Glass as a confident, steadfast leader in the group, respected by everyone. After the attack from the bear, he barely utters a word until the end, yet he still emits a quality that demands respect, masked beneath an intense craving for vengeance. DiCaprio does a magnificent job in showing the transition, especially considering his lack of dialogue. During his son’s murder, his only means to react is through muffled grunts – but you can just see the pain, terror, and anger that Glass is feeling in his eyes. One of the reasons Leonardo DiCaprio is such an acclaimed actor is his ability to completely encompass a character, and his talents are particularly showcased in The Revenant. So convincing and power is his performance that a stranger to cinema wouldn’t believe that this is the same man who starred in Titanic. However, DiCaprio isn’t the only strength in the film’s cast; he’s joined by several memorable supporting actors. Forrest Goodluck gives a particularly moving performance as Glass’ Native American biological son. The bond between the characters is proved to be incredibly strong, which shows the audience the legitimacy of Glass’ thirst for revenge against Fitzgerald, who is made into quite a deliciously detestable villain by Tom Hardy.

The stellar acting only takes The Revenant so far; it’s taken the rest of the way by Iñárritu’s attention to detail in aspects such as makeup and cinematography. The effects with makeup are done impeccably, from the frostbite on the ears and noses of several characters, to the burn scarring along Hawk’s face. Iñárritu shows a great deal of Glass’ injuries, and the makeup work on them is horrifyingly realistic, to the point that even the most immovable audience member will find themselves squirming in discomfort at the gore. The cinematography frequently features sprawling shots of the Canadian landscape, reminding the audience of how alone Glass is in the barrenness of the environment. Iñarritu was stubbornly decided on several decisions while filming, refusing to use CGI or synthetic lighting. Although these decisions were grueling on the cast and the crew, what has resulted is a hugely aesthetic film.

Surely one of the most notable features of The Revenant is its eloquent employment of semantics, 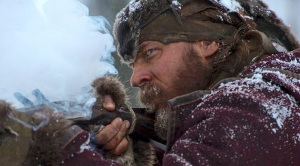 constantly referencing the title of the film. Repeatedly, Glass emerges – from his grave, from a makeshift shelter, or from an animal carcass – and each time, the intense drama recalls the notion that he is back from the dead. Glass isn’t the only revenant in the film; along his way he receives guidance from hallucinated visions of the deceased Hawk and his mother. These too bring the title’s meaning to mind. Iñárritu forcefully yanks emotion from his audience, by directly contrasting the height of human kindness with appalling human depravity. As many will remember from their high school American history lessons, tensions between Caucasians and Native Americans became a destructive force of nature. The film doesn’t tread on the subject lightly, but it compels the audience to acknowledge the resulting crimes against humanity.

The Revenant is film that moves; one of the ones that sticks with the audience. Endless effort has been put into the film, and that effort shows. While those made uneasy by carnage may not appreciate Iñárritu’s latest, the vast majority will find it to be an incredible piece of cinema.