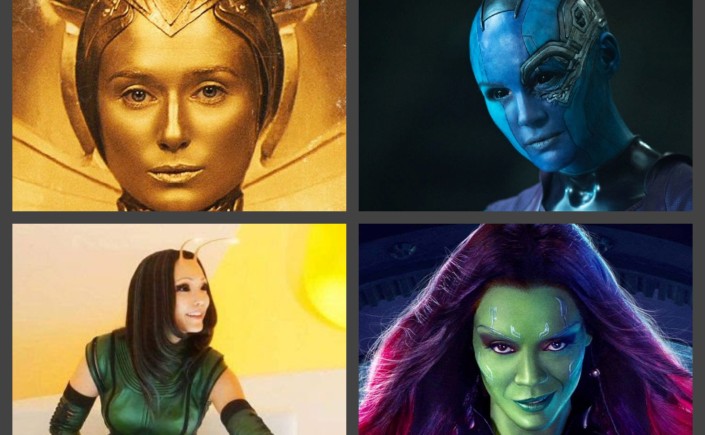 The most common complaint critics have about “Guardians of the Galaxy Vol. 2” is that it’s fun, but does nothing we haven’t seen in the original. As Bill Goodykoontz writes for The Arizona Republic, “it’s the classic example of the sequel to a really imaginative original: If the first one didn’t exist, this one would seem revolutionary.”

“Guardians Vol. 2” carries the same delights as its predecessor: a jammin’ soundtrack, the band-of-misfits charm, a bundle of jokes, and stunning visuals.  But it also holds something new and revolutionary to the cinematic world of superheroes that exists today: a huge presence of kick-ass female characters.

Where do women typically fit into superhero movies? Well, every hero needs his damsel in distress. If they aren’t on screen to play the role of the victim, almost every superhero movie’s female character (and yes, that’s generally singular) exists as a one-dimensional love interest.

I won’t make the mistake of arguing that Warner Bros’ upcoming “Wonder Woman” film is the first female superhero movie ever made, but it certainly is one of few. On top of that, the female superhero films in existence have been panned by critics.  Critical Hit’s Noelle Adams writes that the “low number [of female superhero films] is problematic, but not as problematic as the fact that between them these movies have racked up 18 Golden Raspberry (aka Razzie) Award nominations – and six wins.”

While “Guardians Vol. 2” isn’t specifically about women, it contains several fascinating female characters who merit appreciation and discussion. Gamora, Nebula, Ayesha, and Mantis are proof that a movie doesn’t have to be about women to have sophisticated female characters. 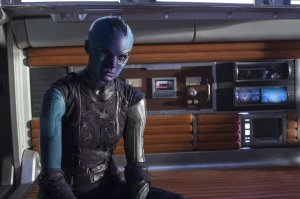 Gamora and Nebula: It seems fitting to discuss these two together, as their complex sibling rivalry makes for a dynamic plot point in “Guardians Vol. 2.” We don’t learn much about the pair in the original film, other than the fact that they’re adopted daughters of Thanos who hate each other. At the start of “Guardians Vol. 2,” the Guardians take Nebula into custody, and from that point on she becomes as much a part of the action as her sister. These two characters share ruthlessness and adept combat skills that are typically unseen in any character lacking a Y chromosome. “Guardians Vol. 2” gives us the chance to learn more about Gamora and Nebula’s upbringing, as well as the reason behind Nebula’s animosity towards her sister. Seeing the drama play out onscreen is a satisfying subplot that director and writer James Gunn ties neatly into the overarching story.

Ayesha: The ruler of the golden-skinned Sovereign race, Ayesha is a new player in the Marvel Cinematic 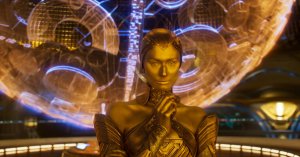 Universe. The leader has a poise and pride that often serve as a point of comedy in the film, but also set up her path to villainy. After Rocket steals valuable batteries from the Sovereign race, Ayesha is so outraged by his audacity that she stops at nothing in her quest to make the Guardians pay. Her arrogance motivates her to play a relatively harmless villain in the plot for “Guardians Vol. 2.” However, one of the after credits scenes suggests that this hubris will fuel her rise to a more sinister threat in the MCU.

Mantis: Like Ayesha, Mantis also gets her introduction to the MCU in “Guardians Vol. 2.” We don’t seeas much of Mantis as the other female characters, but she still plays an important part in the film. Mantis is Ego’s pet empath, and essentially the only being who knows anything about the celestial god. She bonds with Drax in a non-romantic capacity (Drax would never be interested in someone as disgusting as her), and in doing so gains the courage to use her knowledge of Ego to help take him down once he reveals his evil side.

What makes these female characters different from those like Black Widow is that their roles are critical to the plot of “Guardians Vol. 2.” Would “The Avengers” have ended any differently if Black Widow were absent? It’s doubtful. Although she’s a fascinating character, the writers and directors of the MCU never tap into the huge potential she carries. James Gunn, on the other hand, does take advantage of the female characters in “Guardians Vol. 2,” and gives them roles that are essential to the plot points. Ayesha propels the story forward with her quest to hunt down the Guardians for stealing from her. Nebula’s hatred for her sister drives her to help the Ravagers overthrow Yondu and hunt down Gamora. In addition to being Nebula’s target, Gamora herself is an essential and active member of the Guardians, slaying just as many monsters as Quill, Drax, and Rocket. Gunn allows her role as a love interest for Quill to take a backseat to these, which is a breath of fresh air. Finally, Mantis plays a key role in alerting Drax, Gamora, and Nebula of Ego’s mal intentions for Quill and ultimately the galaxy.

None of these women are token characters; they all add something to the plot of the film. As recognition for forgoing the typical one-dimensional female character of the superhero genre, “Guardians of the Galaxy Vol. 2” deserves as much praise as its predecessor.

One thought on ““Guardians of the Galaxy Vol. 2” Redefines the Role of Women in Superhero Films”