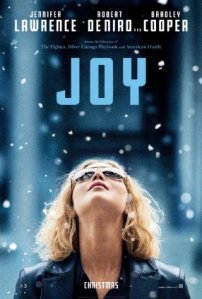 The best biographical-drama films always show the person of interest in many different lights; he or she is never shown as “perfect” for the audience. Joy doesn’t follow this trend, and that’s one of its faults. Director David O Russell makes nearly every single character in the semi-fictional story an enemy for Joy, and thus the only light we see her in shows her trying to fight personal oppression repeatedly. The intention of Joy is to tell the story of a strong woman, and while there are moments that put the audience in awe of the female protagonist, that’s the extent of the film’s success.

The titular character of the film is Joy Mangano (Jennifer Lawrence), an entrepreneur best known for inventing the Wonder Mop and Huggable Hangers. The rags-to-riches story begins with a divorced Joy working as an airline employee and supporting two children. After a rather lengthy exposition, Joy realizes that her current occupation and living arrangement is not how she’d imagined it, and she decides it’s time to make a change. While mopping up wine and broken glass and getting cuts all over her hands each time that she needs to wring the mop, Joy comes up with the idea for a self-wringing mop and begins to work on her idea. 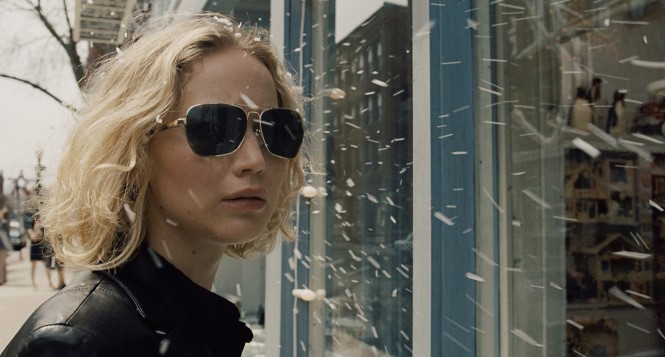 Given that Russell rewrote an original script by Annie Mumolo for the film, it would seem that the characters would be done better. Russell takes Joy and places her in a pit filled with negative and toxic people. The only person in Joy’s home life who isn’t completely deplorable is her ex-husband, Tony (Édgar Ramírez). Besides Tony, there’s Joy’s condescending and misogynistic father (De Niro), who’s constantly spewing off nonsense about her misfortunes being his fault for letting her hope for success. Also, Joy’s half-sister Peggy (Elisabeth Röhm) is just outright rude to her. While it’s true that an adversary in a story strengthens the protagonist, these characters are just awful beyond belief and they’re a cringe-worthy part of the film. There are a few redeeming characters in the story, including Tony and Joy’s long-time friend Jackie (Dascha Polanco), but these two aren’t in the picture enough – and any role that they play in Joy’s eventual success is minimized.

With the film capping off at 124 minutes, Joy is quite long for a drama. This would be forgivable, if the film were adequately paced. But Russell spends much too long in the film’s exposition, showing different 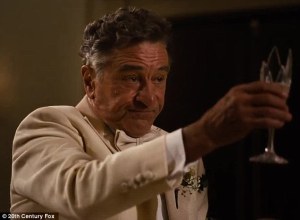 scenes from Joy’s past. Several of these scenes can be done without – as an example, there are a handful of scenes detailing the rise and fall of Joy and Tony. While some of these scenes are cute, they’re unnecessary, and it’s quite evident as the film is racing towards its end that the time could’ve been better spent in working on the conclusion.

Jennifer Lawrence is a great actress; that’s something that’s been proven time and time again. But Russell relies too much on this, stupidly trusting that her “everywoman” vibe will be enough to make the film a success. Admittedly, there are many moments that will give audience members that fuzzy feeling inside, but these moments are short-lived. The hard truth is that Joy’s ending is rushed, comes out of nowhere, and it’s unsatisfying for the audience. In his attempt to tell a story about a strong woman, Russell instead creates one about a poor woman who’s just strong enough to get back up each time someone in her life knocks her down.

Bottom Line: While Joy is making a lot of effort to be an inspirational film, David O Russell expects to get there with a shoddy plot due to his star cast. Spoiler alert: he doesn’t.