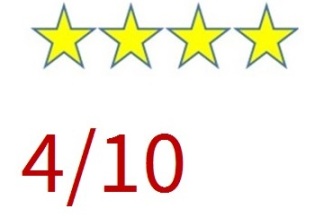 The Cobbler (2014) was directed and written by Thomas McCarthy, who also wrote for Up (2009). Starring Adam Sandler, Steve Buscemi, and Method Man, this film is a dramatic look at a simple concept: What’s it like to be in someone else’s shoes? McCarthy takes this question and creates a storyline in which a cobbler learns that walking in another man’s shoes is not only a privilege, but a responsibility. The film is unpredictable but slow-moving, with a main character who it’s difficult to care about.

Max Simpkin (Adam Sandler) is the fourth generation owner of his family’s cobbler shop in the Lower East Side of Manhattan: Simpkin Shoe Repair. Neighboring him is a barbershop owned by a friendly man named Jimmy (Steve Buscemi), and to the other side an attractive young couple. Max appears bored with his life, and when the young and passionate Carmen Herrera (Melonie Diaz) comes to his shop to garner his support against big-time developers who are trying to rebuild the Lower East Side into large building complexes, he shows little interest in protecting his shop. Max lives with his mother Sarah (Lynn Cohen), who appears to be suffering from Alzheimer’s. His father is not in the picture, although Sarah wishes have dinner with him one last time. One day, an intimidating and rude man named Leon Ludlow (Method Man) bursts into Simpkin Shoe Repair and demands that Max repair his shoes and have them ready by the end of the night. While working on Leon’s shoes, Max’s machine breaks and he finishes the job using an older machine in the basement of the shop. As he waits for Leon to pick up the shoes, Max notices that he and his customer share the same shoe size (try saying that five times fast). Out of curiosity, Max tries on the shoes and finds himself transformed into an exact doppelganger of their owner. Max uses his machine on countless other pairs of shoes, becoming each’s owner, and begins to do all of the things he had never been able to do as a lowly cobbler.

The cobbler, hard at work at his magical machine.

Any Sandler fan who begins watching this is going to get a big surprise: this is not one of Sandler’s usual movies. There are no vulgar jokes, and no slapstick comedy. It’s a different look for Sandler, who must act using a script with few words; he doesn’t do an awful job. However, Max is a difficult character to like. He doesn’t seem to care about anything, which makes it impossible for the audience to be invested in him. When he discovers the power of the stitching machine, he uses it for immoral things: dine-and-dashing, joyriding in random cars, and stealing. Max does care for his mother, but McCarthy doesn’t focus on that in the right way; it’s hard to like Max at all, even after his character goes through a shift and tries to better himself. Lynn Cohen played a very powerful “Mags” in The Hunger Games: Catching Fire (2013), and she does a great job as Sarah Simpkin in this flick. Although Sarah is a supporting character, Cohen makes her a very memorable part of The Cobbler. Her portrayal of Sarah is one that evokes sympathy and adoration from the audience.

John Debney and Nick Urata are the score composers for this film; two names that I haven’t heard before. The score is overwhelmingly akin to a Klezmer style, and it makes the film sound as though it should be taking place right outside of a Hasidic synagogue. This doesn’t make sense, considering that “Hasidism” is Hebrew for “Pious Ones”. There is nothing pious about Max. Perhaps the music is in this style as an ironic statement, but if so, it’s not a very good one. The purpose of a film score is to help set the scene of the movie, and Debney’s and Urata’s score makes me picture nothing close to the actual Manhattan setting.

McCarthy’s script moves the plot along painfully slowly. Then suddenly, halfway through the film the pace goes into double-time, and the events become difficult to connect. The plot is less than organized, with many lose ends that only become more confused when there is a sudden shift at the finish. The audience is left unsatisfied, with several questions in mind. Not thought-provoking questions, but just silly questions that are inappropriately left unanswered. This is The Cobbler’s main flaw, and it’s unsalvageable. 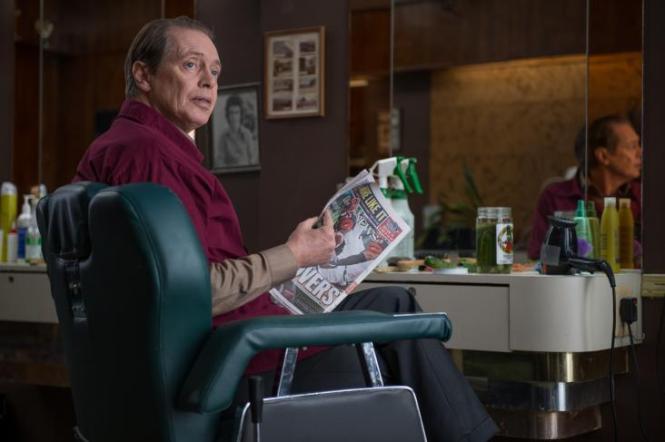 If you’re looking for a laugh, The Cobbler is not the movie for you. It’s difficult to imagine that this film was written by one of the writers from Up; the tone and quality are a completely different direction. Many people may disagree with me on this, but Sandler should stick to potty-humor; drama is not a good fit for him.