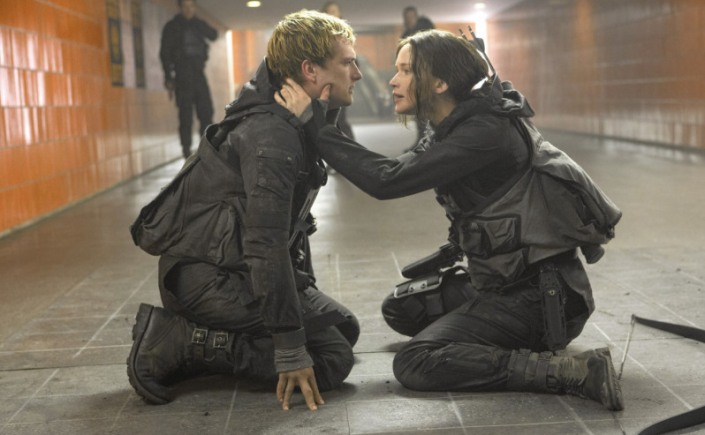 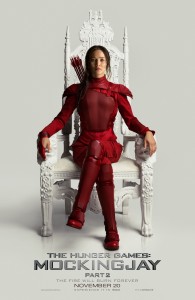 “Katniss Everdeen: A small town girl from District 12 who the Games and turned a nation of slaves into an army!”

A lot of people were turned off by Mockingjay – Part 1 because it felt like a lot of slow material that wasn’t substantial enough to fill an entire film. Also, there are many fans who have been turned off by the decision to divide the final book into two movies. The popular opinion is that this move was a shameless money-grab, but I think that it actually was an innocent attempt to stick to the book – which would have been impossible to do in only one movie.

The Mockingjay novel is split into three parts: “The Ashes”, “The Assault”, and “The Assasin”. Mockingjay – Part 2 essentially covers the events in the final segment, beginning with Katniss (Lawrence) recovering from an attack by Peeta (Hutcherson), who has been hijacked to hate her through intensive aversion therapy. Just like in the predecessor, Part 2 follows Katniss and the rebels as they attempt to take down the tyrannical President Snow (Sutherland) in all-out war. Many familiar faces are seen accompanying Katniss into the heart of the Capitol, including Finnick (Claflin), Gale (Hemsworth), and Boggs (Ali) as the commander of the group. A new angle is introduced to the storyline; District 13’s President Coin (Moore) begins to see Katniss as a political threat, and gradually begins to reveal herself as an alternative nemesis.

The cast members of The Hunger Games franchise have proved themselves time and again to be stellar thespians. Jennifer Lawrence is tenacious, but it’s nothing we haven’t seen in the previous films. Also, Sam Claflin continues his excellent portrayal of Finnick O’dair – a part which he was perfectly cast for. Donald Sutherland is quite enjoyable as Snow, often making the villain seem to be a slightly likeable devil’s advocate. The score and cinematography for this film are beautifully done, with countless visually appealing shots. The CGI is used very tastefully, especially in the creation of this round of terrifying “mutts,” which are reptilian monsters. The visual effects and the acting are most definitely the best things about the film.

This is probably the grossest thing I’ve ever seen…well done.

Director Francis Lawrence learned the value of sticking to the unabridged novel from his success with Catching Fire. Because of this, Lawrence again remains faithful to the book, for the most part (for specifics on the book-to-screen changes, check out this article). Unfortunately, there are a handful of people (including myself) who really didn’t like Suzanne Collins’ end to the series. The ending of the book and the film seems to diverge on a significant shift, going against the themes that Collins’ has been building on since the very start of the series. To avoid spoilers, I won’t go into specifics, but just know that a lot of dark material gets thrown in. Also, there’s an insane amount of focus on the whole Peeta-Katniss-Gale love triangle. Again and again, Katniss and Peeta are shown discussing their feelings; and each time this is followed by a shot of Gale looking like a hurt puppy. The audience would expect something like this from Twilight, but surely The Hunger Games is above this type of incessant soap opera? 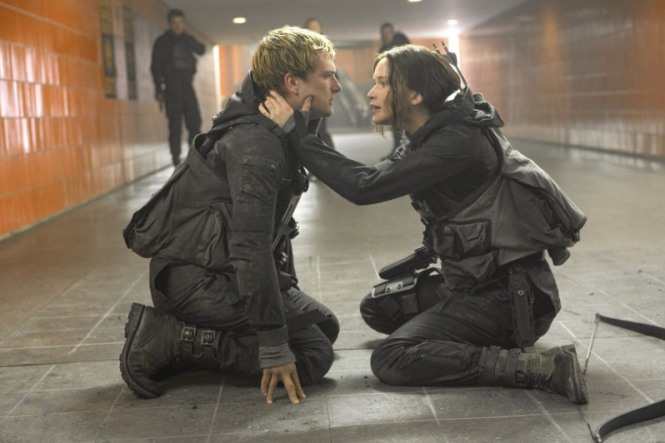 Overall, the actors do the best that they can with what they’re given, and they make the most of the material. What results is several superb performances from mature, seasoned actors. However, this film is a huge shift in character from its predecessors, and at times it’s a jolting display of ruthlessness.

Bottom Line: Fans of the Hunger Games who’ve been faithfully following the series will want to see Mockingjay – Part 2, but those uninvested in the franchise may want to sit this one out.