Generally, I try to keep my monthly watchlist down to about five films; I still have trouble seeing them all due to time and/or money constraints (hooray for college). For December, I’ve had particular trouble in narrowing down my list, although I almost did give in and go over five. Just to get this out of the way: you’ll also notice that The Force Awakens is absent from the list. I’m not a Star Wars fan. I’ve seen the first one, and it didn’t blow me away so that I’ve ever felt compelled to see the rest of the films. Fortunately, there are plenty of other big films coming out in December, so here are the ones I’m most looking forward to:

Synopsis: “Set six or eight or twelve years after the Civil War, a stagecoach hurtles through the wintry Wyoming landscape. The passengers, bounty hunter John Ruth (Kurt Russell) and his fugitive Daisy Domergue (Jennifer Jason Leigh), race towards the town of Red Rock where Ruth, known in these parts as “The Hangman,” will bring Domergue to justice. Along the road, they encounter two strangers: Major Marquis Warren (Samuel L. Jackson), a black former union soldier turned infamous bounty hunter, and Chris Mannix (Walton Goggins), a southern renegade who claims to be the town’s new Sheriff. Losing their lead on the blizzard, Ruth, Domergue, Warren and Mannix seek refuge at Minnie’s Haberdashery, a stagecoach stopover on a mountain pass. When they arrive at Minnie’s, they are greeted not by the proprietor but by four unfamiliar faces: Bob (Demian Bichir), who’s taking care of Minnie’s while she’s visiting her mother, is holed up with Oswaldo Mobray (Tim Roth), the hangman of Red Rock, cow-puncher Joe Gage (Michael Madsen), and Confederate General Sanford Smithers (Bruce Dern). As the storm overtakes the mountainside stopover, our eight travelers come to learn they may not make it to Red Rock after all…”

Do I need to explain this one? Quentin Tarantino is one of the best filmmakers alive, so it is certainly the duty of every film fan to see his newest masterpiece. As usual, Tarantino has put together a phenomenal cast including Tim Roth, Kurt Russell, and my personal favorite of the lot, Samuel L. Jackson. In the United States, the film is only being given a limited release in December, which means that in order to see it I’ll probably need to make a treck into the city (which may or may not happen). For now, my fingers are crossed in the hopes that I’ll be able to see it in December, but if not, I’ll certainly push this one onto my January watchlist. 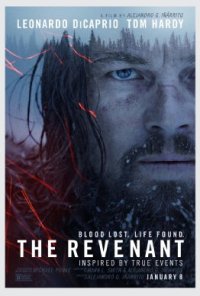 Synopsis: “Inspired by true events, THE REVENANT is an immersive and visceral cinematic experience capturing one man’s epic adventure of survival and the extraordinary power of the human spirit. In an expedition of the uncharted American wilderness, legendary explorer Hugh Glass (Leonardo DiCaprio) is brutally attacked by a bear and left for dead by members of his own hunting team. In a quest to survive, Glass endures unimaginable grief as well as the betrayal of his confidant John Fitzgerald (Tom Hardy). Guided by sheer will and the love of his family, Glass must navigate a vicious winter in a relentless pursuit to live and find redemption. THE REVENANT is directed and co-written by renowned filmmaker, Academy Award® winner Alejandro G. Iñárritu (Birdman, Babel).”

I’ve noticed that there seems to be a huge difference between the testimony “based on a true story” and “inspired by true events” in filmmaking. The Revenant falls into the latter category, which generally implies that the film is a loose interpretation of a happening, or even a myth. This is fine by me, but out of curiosity, I did turn to Wikipedia to read up on the story of Hugh Glass, who’s described as “a frontier folk hero” (Wikipedia article here). However, whether or not Iñárritu is telling a true story is unimportant to me, because the plot looks fantastic. Also, there’s Leo. Even though the poor fellow hasn’t been awarded his overdue Oscar, nobody can deny that he’s an incredibly talented actor, and not to mention he’s known for his environmental activism. I don’t know how credible this information is, but I remember recently reading that Leo apparently slept in animal carcasses during filming for The Revenant. Such dedication to this role makes me really hopeful that this will be the film for which Leo finally gets his coveted award. 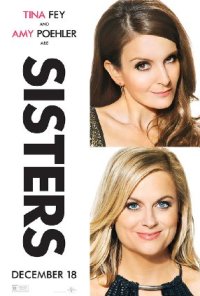 Synopsis: “Tina Fey and Amy Poehler reunite for SISTERS, a new film from Pitch Perfect director Jason Moore about two disconnected sisters summoned home to clean out their childhood bedroom before their parents sell the family house. Looking to recapture their glory days, they throw one final high-school-style party for their classmates, which turns into the cathartic rager that a bunch of ground-down adults really need.”

Tina Fey and Amy Poehler are the definition of a power duo. Whether it be on Saturday Night Live or Mean Girls, whenever these two ladies get together on screen, it’s hilarious. So, of course I’m full of excitement over their latest collaboration. Also, considering that Jason Moore did an incredible job with Pitch Perfect, his direction of this film bodes well for it in my book. I’m proud to say that on December 18th, I will not be in line to watch Star Wars – I’ll (probably) be the only person sitting in a theatre to see Sisters.

Sisters releases in US theatres on December 18th

Synopsis: “JOY is the wild story of a family across four generations centered on the girl who becomes the woman who founds a business dynasty and becomes a matriarch in her own right. Betrayal, treachery, the loss of innocence and the scars of love, pave the road in this intense emotional and human comedy about becoming a true boss of family and enterprise facing a world of unforgiving commerce. Allies become adversaries and adversaries become allies, both inside and outside the family, as Joy’s inner life and fierce imagination carry her through the storm she faces.”

When I heard that David Russell had directed a film about the inventor of the Miracle Mop, I was initially underwhelmed and unimpressed. But then, I watched the trailer and ended up with my foot in my mouth. Jennifer Lawrence, as always never fails to stun in starring roles, and from the looks of things, Joy will be no exception. In my opinion, if anyone can put some excitement into the story of the woman behind the Miracle Mop, it’s J-Law. Speaking of this, the trailer also made me realize that Joy is known for more than the Miracle Mop…long story short, I’m actually really looking forward to this one. One final note: Robert De Niro.

Joy comes to US theatres on December 25th

Synopsis: “From Paolo Sorrentino, the director of Italy’s Oscar foreign language winner THE GREAT BEAUTY comes YOUTH, about two longtime friends vacationing in the Swiss Alps. Oscar winning actor Michael Caine plays Fred, an acclaimed composer and conductor, who brings along his daughter (Rachel Weisz) and best friend Mick (Harvey Keitel), a renowned filmmaker.  While Mick scrambles to finish the screenplay for what he imagines will be his last important film, Fred has no intention of resuming his musical career.  The two men reflect on their past, each finding that some of the most important experiences can come later in life.”

A fun personal fact about me is that I’m as big a nerd for classical music as I am for films. So, of course, a movie about a composer is one that certainly piques my interest. Also, it’s really nice to see Michael Caine starring in a film, as opposed to supporting Batman. It can be quite difficult to find films about music careers that don’t follow the formulaic rise-to-success/self-discovery pattern, and Youth gives the impression that it’s very different from this archetype. Finally, the film has already received nominations and awards at a handful of film festivals; an even more promising sign!

Youth comes to US theatres on December 4th

There you have it – my most anticipated films for the coming month. Feel free to share yours, or berate me for not wanting to see the new Star Wars.

4 thoughts on “Coming Soon: My Watchlist for December 2015”