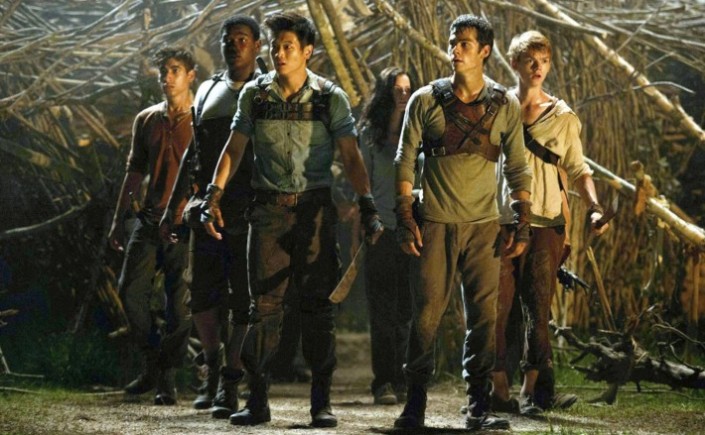 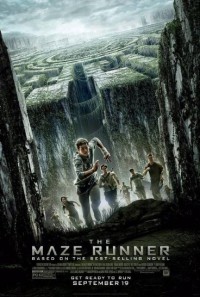 There are some movies that keep you guessing on the edge of your seat. And then, there’s The Maze Runner, directed by Wes Ball, which makes you feel like you should be on the edge of your seat but you’re not completely certain because you’re still trying to figure out what the plot is. The Maze Runner stars Dylan O’Brien, Aml Ameen, Blake Cooper, Thomas Brodie-Sangster, and Will Poulter. In spite of an ill-defined plot, this cast works well together, and ultimately The Maze Runner is a suspenseful and engaging film.

A boy (O’Brien) is delivered to a large enclosure called “the glade” via a service elevator, with no idea of who he is or how he got there. After being greeted by the young boys who live there, the boy is shown around this dystopian society by its leader, Alby (Ameen), and eventually remembers that his name is Thomas. None of the other boys know who’s put them in the glade; all that’s known is that once every thirty days, the service elevator (which they call “The Box”) brings them a new boy. The Box also brings them food and supplies that they can’t create themselves. Each day, a designated group of boys called “maze runners” run the perpetually changing maze that surrounds the glade, looking for the way out and led by the keeper of the runners, Minho (Ki Hong Lee). It’s vital that the runners make it back to the glade before the passage to it closes, because, as we are repeatedly reminded: “no one survives a night in the maze”. 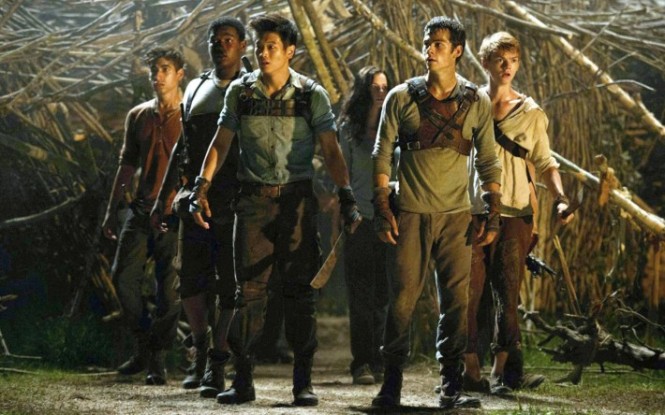 During the opening scenes of the film, The Maze Runner seems like a campy copycat of The Hunger Games franchise. However, the film does get darker quickly and shows itself to be a unique storyline – although I’m sure this franchise appeals to fans of The Hunger Games. Almost immediately, the film introduces mature themes by having Alby sentence a member of the group to death when he proves to be a danger to the boys. Ball and his cast do an impressive job of tugging on the heartstrings in these moments, which occur somewhat frequently in the film. As a whole, the cast is able to create material that works well, but individually, the actors do not stand out.

Blake Cooper and Dylan O’Brien are the exception to that statement. Cooper plays the youngest boy in the society, and his performance is fantastic. He certainly makes Chuck into a likeable younger-brother type that the others are protective over – another actor could have easily fudged this role. As for O’Brien, he definitely brings fire and a heroic quality to Thomas; it’s hard to imagine that he plays the goofy sidekick in MTV’s Teen Wolf. 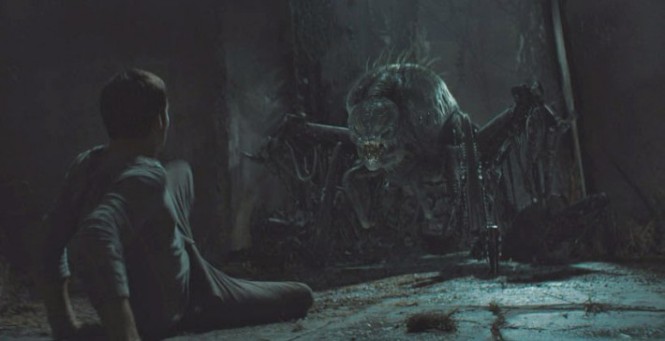 Probably why nobody survives a night in the Maze

As I mentioned before, the biggest problem with The Maze Runner is the lack of a central plot. There are tiny obstacles that are shoved together to make a weak storyline, but the film would have done much better if there was a distinct central goal. The result of Ball’s obstacles are a bunch of miniscule climaxes spread out all over the film. While watching it, I legitimately thought the film was at its end a few times because of this. The lack of a central plot also makes it difficult to become sucked into the movie – the running time is under two hours, but it feels so much longer. Despite this the film is still interesting to watch, because so much information is withheld from the audience, and what is shown is enough to ignite viewers’ curiosity.

I’m not sure what to expect for The Scorch Trials coming out next month. An ambiguous ending for this film has certainly set Ball up for a great sequel, but I’m not certain that he’ll deliver. Still, The Maze Runner is just captivating enough that I am definitely interested in following the story. If you find yourself interested in the film, it’s worth checking out, but not so good that I’d recommend anyone go out of their way to see it.