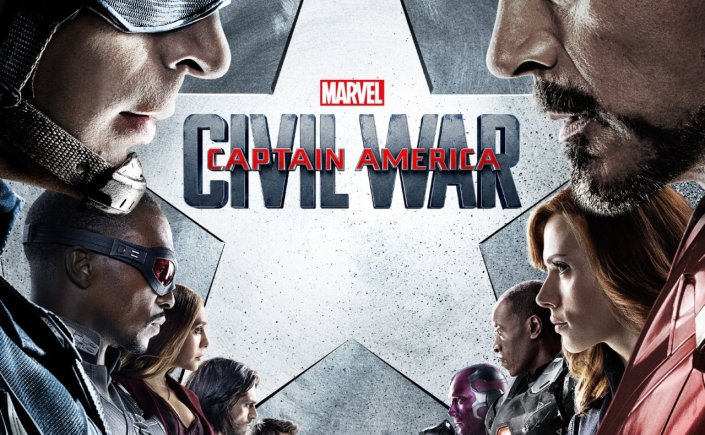 May is here. May means finals and lots of stress, for university students like myself. BUT luckily for us all, May also means the start of the summer movie releases, with a multitude of new and good-looking choices available for the movie-goer every single weekend. Of course, it was absolutely challenging for me to narrow down my watchlist for the month, but it has been done:

Synopsis: “In the real-time, high stakes thriller Money Monster, George Clooney and Julia Roberts star as financial TV host Lee Gates and his producer Patty, who are put in an extreme situation when an irate investor who has lost everything (Jack O’Connell) forcefully takes over their studio. During a tense standoff broadcast to millions on live TV, Lee and Patty must work furiously against the clock to unravel the mystery behind a conspiracy at the heart of today’s fast-paced, high-tech global markets.”

You can’t deny that the premise for this film is intriguing. Director Jodie Foster has been given the opportunity to really send a meaningful message about corporate American. However, her directorial past makes the film’s prospects rather uncertain. With such an original story, I’m quite curious about how Foster’s direction will turn out, and I’m keeping my fingers crossed!

Money Monster comes to US theatres on May 13.

To be frank, I think it’s utterly hilarious that Russell Crowe will be starring in a film called “The Nice Guys”, but disregarding that…who doesn’t love a good buddy-cop film? Yes, it’s a reused formula, but it’s been a while since I’ve seen a good use of it. Also, Ryan Gosling is always a treat to watch, and director Shane Black’s experience writing for the Lethal Weapon films bodes well for this one.

The Nice Guys comes to theatres on May 20

Synopsis:“Now that Mac (Rogen) and Kelly Radner (Byrne) have a second baby on the way, they are ready to make the final move into adulthood: the suburbs. But just as they thought they’d reclaimed the neighborhood and were safe to sell, they learn that the new occupants next door are a sorority even more out of control than Teddy (Efron) and his brothers ever dreamed of being. Tired of their school’s sexist, restrictive system, the unorthodox ladies of Kappa Nu have decided to start a house where they can do whatever the hell they want. When Shelby (Moretz) and her sisters, Beth (Kiersey Clemons) and Nora (Beanie Feldstein), find the perfect place just off campus, they won’t let the fact that it’s located on a quiet street stand in their way of parties as epic as the guys throw. Forced to turn to the one ex-neighbor with the skills to bring down the new Greeks next door, the Radners—alongside best friends Jimmy (Ike Barinholtz) and Paula (Carla Gallo)—bring in charismatic Teddy as their secret weapon. If he can infiltrate the sorority and charm his way through it, the thirtysomethings will shutter the Kappas’ home. But if they think that their neighbors are going down without a fight, they have severely underestimated the power of youthful ingenuity and straight-up crazy.”

I’m positive that I’ve mentioned before on here how big of a fan I am of Seth Rogen (and let’s be honest; any straight woman would have to be blind not to appreciate Zac Efron). I really enjoyed the first Neighbors film, so of course I’m looking forward to this one. Although I’m all too aware of the very real possibility that the film may be abysmal, I’m still holding onto hope. Besides, sororities are always a hoot to make fun of!

Neighbors 2: Sorority Rising comes to theatres on May 20

Synopsis: “In this highly imaginative, delightfully absurdist comedy from visionary director Yorgos Lanthimos (Dogtooth), Colin Farrell stars as David, a man who has just been dumped by his wife.  To make matters worse, David lives in a society where single people have 45 days to find true love, or else they are turned into the animal of their choice and released into the woods.  David is kept at the mysterious HOTEL while he searches for a new partner, and after several romantic misadventures decides to make a daring escape to abandon this world. He ultimately joins up with a rebel faction known as The Loners, a group founded on a complete rejection of romance. But once there David meets an enigmatic stranger (Rachel Weisz) who stirs up unexpected and strong feelings within him…”

I’ve already gotten so many recommendations for this film. Since its premiere at Cannes last year, critics have been singing the praises of this drama. I’ve noticed that dystopian films are always either hit or miss – so I’m extremely excited about the prospect of a well-directed one.

The Lobster will be released May 13

Synopsis: “Marvel’s “Captain America: Civil War” finds Steve Rogers leading the newly formed team of Avengers in their continued efforts to safeguard humanity. But after another incident involving the Avengers results in collateral damage, political pressure mounts to install a system of accountability, headed by a governing body to oversee and direct the team. The new status quo fractures the Avengers, resulting in two camps—one led by Steve Rogers and his desire for the Avengers to remain free to defend humanity without government interference, and the other following Tony Stark’s surprising decision to support government oversight and accountability.”

It’s safe to say that Batman v Superman has already taken the title of the biggest disappointment of 2016. So, just like all other superhero movie fans, I’m hungry for justice – in the form of an epic Marvel movie that’s actually good. Civil War looks like it very well may be exactly what we’re hankering for. Early fan screenings have been received enthusiastically, and critics too are loving the film (check out this wonderful review from Brandon, over at Screen Relish). Here’s hoping that Civil War will start the month of May off right!

Captain America: Civil War will be released in theatres on May 6.

One thought on “Coming Soon: My Watchlist for May 2016”