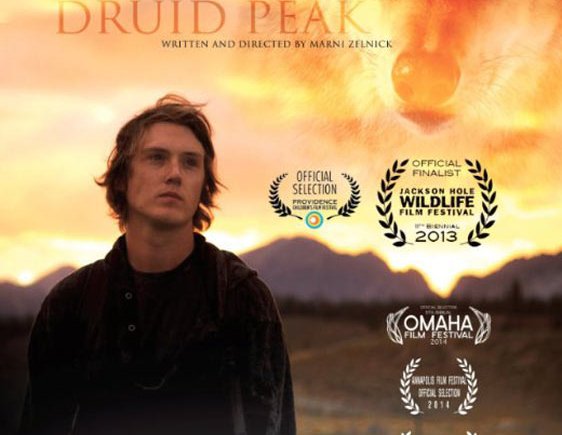 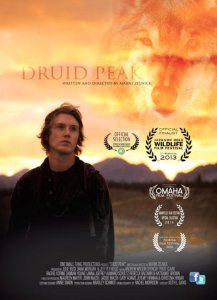 Druid Peak is a film about struggles – the struggles of youth, the struggles of nature – but the film itself, almost fittingly, is a struggle. Director Marni Zelnick seems to be torn on what kind of movie she’s trying to make – part of it leans towards the coming-of-age story that’s promised by the film’s synopsis, while the remainder of the film tries to spread awareness of the Wolf Reintroduction Program at Yellowstone. However, that’s not to say that Druid Peak is a total failure – it does accomplish a few things, but Zelnick struggles with the film’s focus and it doesn’t reach its full potential.

The central player in the story is Owen Wagner (Spencer Treat Clark), a high schooler who lives in a mining town in West Virginia. Owen is initially introduced as a malevolent kid who seems to derive pleasure from any and all chaos he can cause. After his involvement with a violent car accident that results in the death of one of his friends, the town’s hostility forces Owen to live with his estranged father (Andrew Wilson), Everett, in Yellowstone National Park. Everett is in charge of the wolf reintroduction program at the park (for those who are unaware, the wolf reintroduction program is an attempt to reestablish populations of wolves where Native Grey Wolves have been wiped out). Owen begins to work with the wolves alongside his father, and he finds within himself a passion for them, as well as an appreciation for the beautiful Wyoming landscape.

beginning. At this point, Owen is supposed to be an apathetic teenager – he bothers other students, disrespects his parents, and even commits blatantly illegal crimes. After the car accident, it’s evident that Zelnick wants the audience to feel sympathetic to Owen’s plight – but we just can’t. There’s a difference between a “troubled teen” and a malicious person, and the character we’re presented with is heavily the latter. Zelnick makes sure to show all of the odious activities Owen regularly does, but she never shows the audience what drives him to these things – and so the assumption becomes that he is just a malicious, even sadistic person. This isn’t the type of character that an audience will feel sorry for – and so it’s unlikely that any of the audience members will feel any kind of sensitivity for Owen’s situation. On top of this unlikable protagonist, there’s also the fact that Clark is clearly uncomfortable in this role. He makes for an unconvincing bully.

As soon as Owen touches down in Wyoming, he turns into a different person, no longer exuding indignity. Instead the character appears utterly remorseful and self-pitying, which is a role that Clark is much more suitable for. From here on out, Clark is wonderful in the role, but the problem is that this character appears to be completely different from the protagonist with whom the story begins.

Much of the film is built around Owen’s growing affection for the wolves that his father works with. This plotline has some strengths – including the powerful moment that Owen first encounters one of the wolves – but overall, it fails to effectively convey the “coming of age” sense. This is largely due to the fact that, as I mentioned, Owen’s character development isn’t gradual at all – he appears to be an entirely different person once he arrives in Wyoming. The simple nuisance tugs at the film’s overall substance.

Druid Peak is full of campy moments, all of which lead up to a predictable final act – there’s a troubled teenager who “finds himself” and becomes closer to his father. This kind of story can only be done so many times before it’s exhausted – and despite Zelnick’s attempt to spice it up with the wolf reintroduction subplot and some gorgeous shots of Yellowstone, Druid Peak is just a lackluster film.