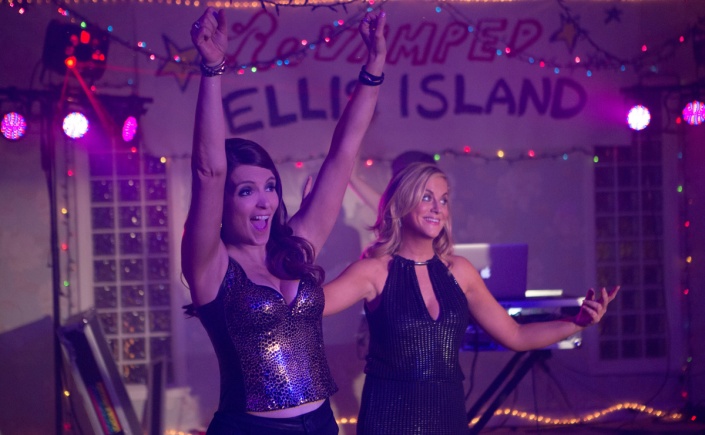 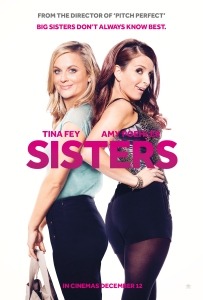 “We need a little less Forever 21 and a little more Suddenly 42.”

Upon hearing the news that one of my favorite duos in comedy would be co-starring in a movie, I knew I would have to see Sisters. Ever since Tina Fey and Amy Poehler became the first female co-anchors on Saturday Night Live’s “Weekend Update,” the duo have been unstoppable in both their separate shows (30 Rock, Parks and Rec) and their collaborations in films (Mean Girls, Baby Mama). Those who are familiar with Fey, Poehler, and writer Paula Pell’s work for Saturday Night Live will know what to expect in this film. It’s not brilliant, and it’s nothing new, but Sisters is certainly worth several laughs and just an all-around good time.

The film (shockingly) follows two sisters, Maura (Poehler) and Kate Ellis (Fey), who come to find out that their parents are selling their childhood home. The two girls are apples and oranges: Kate is a beautician who is between jobs, and a party girl at heart, while Maura is a responsible nurse who often finds herself cleaning up after her older sister’s messes. While the sisters are cleaning their belongings out of the house, they reminisce about the wild parties they used to throw – appropriately called Ellis Island parties – and they decide to throw one last big bash to say goodbye to the house.

Going into the theatre for this film, I had a slight idea of what to expect – Amy Poehler, Tina Fey, and many other former and current SNL cast members goofing off and having a good time for the audience’s amusement. However, I was quite impressed by the film’s use of supporting roles. Maya Rudolph is there, playing Brinda, Kate’s high school nemesis – and it’s a real hoot watching the ladies cat fight. I was also pleasantly surprised by Bobby Moynihan, who’s a little too good at portraying that one person who thinks he’s a riot but is actually the most annoying person in the room. But, these characters take a back seat to Pazuzu (John Cena), a drug dealer who gets called in to the party. Cena proves that less is more, spending most of his screen time looking massive with his arms crossed menacingly, and occasionally delivering stoic one-liners that have the audience guffawing in laughter.

If you’ve ever wanted to see Tina Fey unabashedly flirt with John Cena, your prayers will be answered.

As for the leading ladies of the show, Poehler and Fey deliver nothing unexpected. Amy Poehler has always come off as being a kind and nerdy person, and that’s why she was able to play her character on Parks and Rec so well. This is the same case in Sisters, so Maura isn’t any kind of acting challenge for Poehler, but she feels like a familiar character that the audience immediately takes a liking to. Tina Fey, on the other hand, tries a bit too hard in her role as the partying sister. During the first quarter of the film, Fey is putting so much effort into making Kate seem fun that it feels like she is trying to mock such a character (aka, older people who try to act as though they are in their early twenties), rather than be one. Fortunately, Fey cools it down eventually, and her character feels more present.

You might remember that Jason Moore directed the 2012 comedy film Pitch Perfect, which became acclaimed for its hilarity and the emotional growth of its characters. Moore makes a clear effort to do the same thing with Sisters. He attempts to have Kate and Maura grow as individuals from their experience, but he falls short and doesn’t quite send any message – or even have the characters learn lessons for that matter. In that “emotional fulfillment” department, Sisters does leave much to be desired. Also, the film really doesn’t take any risks from the generic comedy mold – there’s a love interest, there’s a petty nemesis, and the sisters perform a synchronized dance number – so there’s nothing out of the box to set Sisters apart from other films in the genre.

Bottom Line: Sisters isn’t a particularly special or original film, but anyone who likes Tina Fey and Amy Poehler will definitely enjoy it.