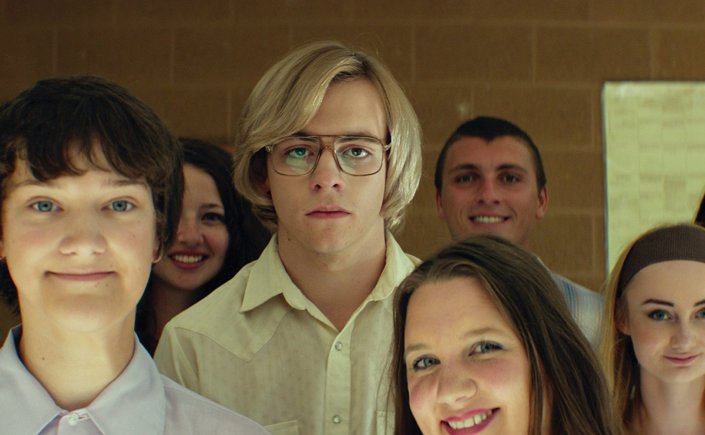 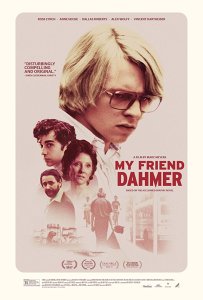 As humans, we obsess over understanding the motivations of anomalous people – like the motivations of serial killers, for example. We want to know why Ted Bundy kept select victims’ decapitated heads as mementos, how the Killer Clown achieved orgasm through his murders. The Milwaukee Cannibal, Jeffrey Dahmer, has already inspired a small body of work in film, and a sizable number of tomes from historians, psychologists, and even Dahmer’s father. One of the more recent additions to this collection is “My Friend Dahmer,” a graphic novel by John “Derf” Backderf, who shares the true story of an oddball kid from his high school – a kid who grew into one of America’s most notorious serial killers. As many fascinating stories do, Backderf’s version of Jeffrey Dahmer now makes its way to the big screen.

It’s 1977, and Jeff Dahmer (Ross Lynch) is the weird kid at his high school. Jeff shies away from making friends or being seen. His home life has taught him that going unnoticed is the best way to get by. With the mentally unstable Mrs. Dahmer (Anne Heche) constantly throwing fits that divert all of Mr. Dahmer’s (Dallas Roberts) attention, Jeff and his brother Dave (Liam Koeth) are the definition of “neglected.” During his free time, Jeff retreats to a shed hidden in the woods behind his home. Here he collects and dissolves the remains of roadkill; for he’s fascinated by their bones, and what’s inside.

One day at school, Jeff flings himself onto the floor, flailing as though in an epileptic seizure. At first, bystanders are at a loss, though some break into laughter at the disruption. Among those are Derf (Alex Wolff) and his friends, who dub Jeff’s antics “doing a Dahmer,” and superficially welcome him into their circle. And so forms the Dahmer Fan Club, dedicated to disrupting high school via pranks in the stylings of the boy himself. Initially Jeff is egged on by his new cohorts, and develops what would appear to be his first real friendships. But once he realizes he’s no more than a sideshow attraction for them, Jeff breaks and returns to his former solace – only this time, with an alcoholic crutch.

In a major career pivot, former Disney Channel star Ross Lynch steps into young Dahmer’s shoes.“My Friend Dahmer” isn’t a dialogue-driven film, but instead heavily relies on Dahmer’s physical actions – well-delivered by Lynch –  to tell the story, whether he’s executing his infamous seizures or unflinchingly slicing into roadkill with his bare hands. With vacant, glazed-over eyes, he trudges about aimlessly, hands perpetually limp at his sides – the jarring image of a budding serial killer. Lynch’s Dahmer is eerie and disturbing, but leaves plenty of room for us to pity him as the confused, lonely teenager that he is.

Lynch’s strong performance is one of the best things about “My Friend Dahmer,” but it’s tragically muddled by the film’s lack of focus. The graphic novel is held together by Derf’s narration, which clearly frames Dahmer’s decay as the result of adult negligence. Director and writer Marc Meyers leaves out this narration, but doesn’t want to abandon Derf as a character, occasionally trying to showcase his point of view. But these forays into Derf’s perspective disjoint the film where narration could clarify the focus.

“I wish I had a best friend,” Jeff says solemnly, during the most heartbreaking moment of the film. It’s heartbreaking not only because of the essence of the statement, but because he says it to three boys who purport to be his friends. And not a single one speaks up to deny the veracity in his claim; because they all know he’s right. Backderf’s intent in writing “My Friend Dahmer” was to show the world the person Dahmer was before he committed his atrocious crimes, a person worthy of sympathy. Ultimately, Meyers’ screen adaptation succeeds in creating this character, even if it’s less impactful than the source material.